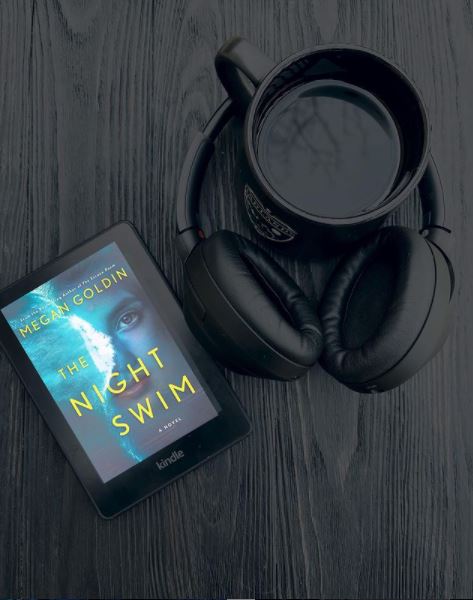 This book was highly entertaining. The night swim is a perfect blend of courtroom drama and a mystery. This book is layered, well researched and it has great characters.

Rachel, a star podcaster is in Neapolis, to cover a rape trial for her third season. On her way, she receives mysterious letters from a fan named Hannah, asking her to look into her sister Jenny’s death.

Though initially skeptical, Rachel is drawn by those letters and starts looking into Jenny’s death, which was closed as accidental drowning . As she starts asking questions , she finds something is extremely wrong with Jenny’s death.

With chapters alternating between Rachel’s narrative , Hannah’s letters and the podcast , Megan Goldin makes this a compelling read. Between Jenny’s mystery and the rape trial, there is lot going on in the book and I felt it was blended in perfect proportion.

The rape trial was extremely hard to listen to. The author brings in the complexity and cruelty of a rape trial. The place where she explains, how a rape victims body is treated as a crime scene, almost broke my heart. Also there is a lot of places , where she makes us question the fairness of the justice system. In that way, I felt this book was brilliantly written.

I loved The night swim.If you have audible, I highly recommend the audiobook version of the book. It has some of the best narrators.

One thought on “The Night Swim by Megan Goldin”