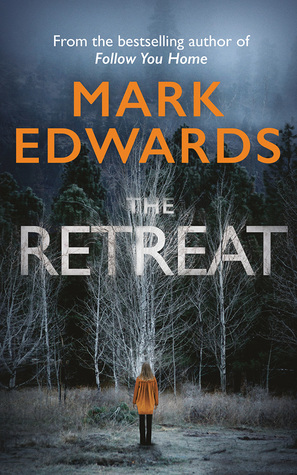 The Retreat by Mark Edwards

The Retreat by Mark Edwards is a fast-paced and gripping thriller that will keep you engrossed. This is a story of urban legends, folklore, superstition that are endemic in isolated rural towns. However, the ending falls short in credibility.

Horror writer Lucas Radcliffe returns to his childhood hometown Beddmarr, Wales to spend some time at a writer’s retreat to help conquer his writers block. Two years ago, the owner of the retreat Julia has lost her husband who died trying to save her drowning daughter. However, her daughter Lily’s body was never recovered. Julia still believes that her daughter maybe alive. Lucas, having lost his girlfriend recently, immediately bonds and empathizes with Julia. There are other writers staying in the retreat and soon strange things keep happening at the retreat. People here voices, songs, their stuff gets lost etc.

During his stay in Beddmarr, Lucas learns about the legend of Red Widow, who takes away young children every 35 years and the town rumors that Lily was one of those victims. In order to put Julia’s mind at peace, Lucas hires PI Zara to look into Lily’s disappearance. When Zara goes missing, Lucas thinks that this seemingly placid small town has lots of secrets to hide.

This book started strong for me. As soon as I started the book, I was pulled right into Beddmarr and its setting. I settled comfortably in the Retreat along with Lucas, Julia and the other writers.  The atmosphere is perfect for the kind of evocative story Edwards tells, remote and isolated, where the woods are dangerous, and anything could happen. As interlude, we get a glimpse of Lily’s version of the events surrounding her disappearance that gives you more perspective of all the mystery surrounding the town. Lucas was interesting as a main character and him being a horror writer, I believe there is some of the real Mark Edwards in him.

The plot was intricate and multi layered and it kept me guessing throughout. However, to me, the climax was totally unbelievable. I felt the author opened up some unnecessary elements in the novel to give it a horror vibe and stretched way too far when trying to wind them all up. But, it didn’t put me off too much and I still enjoyed the book.

I thank Net galley and Thomas & Mercer for the ARC.

Overall, The Retreat was a satisfying read with great characters and atmosphere. I totally recommend it for Horror/Thriller fans.