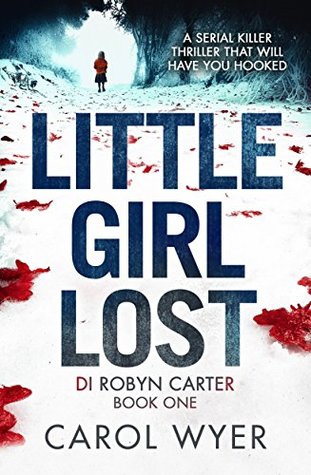 After finishing DI Kim Stone series by Angela Marsons, this book showed up on my suggested books and I decided to give it a go. And, I was not disappointed.

The story starts when Alice’s mother leaves her with her step siblings and decides to go for an award function. Something happens that night that changes Alice’s life forever.

Fast forward several years later, The narrative switches to Abigail, a new mother who is struggling to find time for her (ever traveling) husband Jackson. Abigail starts to get threating calls from an unknown caller about the secrets she keeps from her husband. She feels she is being watched. She receives texts and emails that disappear leaving no trace of where they came from. Then she is told ( by the unknown caller) that her husband is having an affair.

Then there is our lead character, DI Carter who is in bereavement leave following the death of her Fiancé and her unborn child. She temporarily works as a PI along with her cousin Ross and is involved in finding a man, reported missing by his wife. As she follows through the case, the disappearance looks sketchy ( he ends up dead later) and she decides to take this as her first case back in her police job.

Carol Wyer somehow interlinks all three stores into a fast paced psychological thriller. Half way through the book, I was able to guess the ending but that definitely didn’t put me off from reading further. So if you’re a fan of police procedurals , definitely give this one a try.

Now let’s talk about Robyn Carter. How is she different from Erica Foster and Kim Stone? (Having read several books with Erica Foster and Kim Stone, I couldn’t stop myself from comparing DI carter to the other two) . Like the other two police detectives, Robyn Carter also has a tragic past , bends the rules based on her hunches, no (living) significant other and has a team who is ready to anything for her. Even with all these similarities Carol Wyer managed to make Carter different. I find her more mellow and level headed. I am looking forward to read more of her series. So far, I my ranking is as follows:
1. Kim Stone
2. Erica Foster
3. Robyn Carter

Side bar: I am pretty sure the author is into running/gym and she describes exercises/routines in a great detail. I even leant few exercises 😛

Although predictable, Little girl lost has a solid plot and it is an engaging thriller.